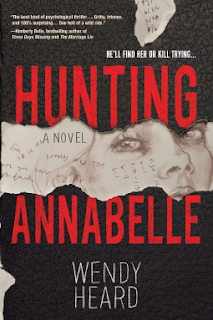 Sean Suh is done with killing. After serving three years in a psychiatric prison, he’s determined to stay away from temptation. But he can’t resist Annabelle—beautiful, confident, incandescent Annabelle—who alone can see past the monster to the man inside. The man he’s desperately trying to be.

Sean is sure she’s been kidnapped—he witnessed her being taken firsthand—but the police are convinced that Sean himself is at the center of this crime. And he must admit, his illness has caused him to “lose time” before. What if there’s more to what happened than he’s able to remember?

Though haunted by the fear that it might be better for Annabelle if he never finds her, Sean can’t bring himself to let go of her without a fight. To save her, he’ll have to do more than confront his own demons… He’ll have to let them loose.

A chilling, deeply suspenseful page-turner set in the 1980s, Hunting Annabelle is a stunning debut that will leave you breathless to the very end.


This is not a bad book. For the most part I did like it. I just wished it was not as subtle in the movement of the storyline but a little more in your face with moments that had me saying "wow, what did I just read".

The story is told mainly from Sean's point of view. He suffers from schizophrenia, so he struggles with reality. Thus the reason he is so fixated on Annabelle's disappearance. He does not believe he has anything to do with her disappearance but at the same time he can't be one hundred percent confident. Thus the hunt for Annabelle begins.

As I stated, the pacing of the story is a very slow burn that at times I lost interest and zoned out.  The ending does make up for this. It is a shocker. If nothing else, you will want to stick with this book until the ending.


You can request a copy on Netgalley for yourself until January 18, 2019
Wendy Heard