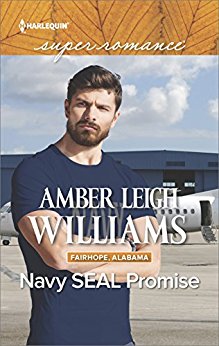 He made a promise he intends to keep.

Harmony Savitt is off-limits for navy SEAL Kyle Bracken. Not only is she his best friend's little sister, she's also a single mother and the widow of a fellow SEAL killed in action. This soldier needs to keep his distance. But something between them has changed…

Despite the new complicated feelings he has for Harmony, when his family comes under attack, there's no one Kyle trusts more than her to help him get answers. When that threat extends to her and her daughter, though, he vows to protect them…even if it means putting his own heart on the line.

Kyle swung the door open. "Inside."
"No kiss this time?" Harmony asked, testing him. Her chin was high.
"That's right." He spoke quietly enough that it didn't carry into the lobby when he said, "You want to know something I'm afraid of?"
"What've you got, superhero?"
"That whatever's happened between us tonight wiped out everything that came before it. Is that what you want?" he asked.
"Are you kidding me?" For the first time, he saw the nerves behind her brave front. Her chin quavered even as she jabbed him with her finger. "Why do you think I didn't say anything before? You think I want to lose my best friend?"
He didn't reply.
She lifted her shoulders in a helpless shrug. "But I guess...at the end of the day...I'm not half as noble as you are." 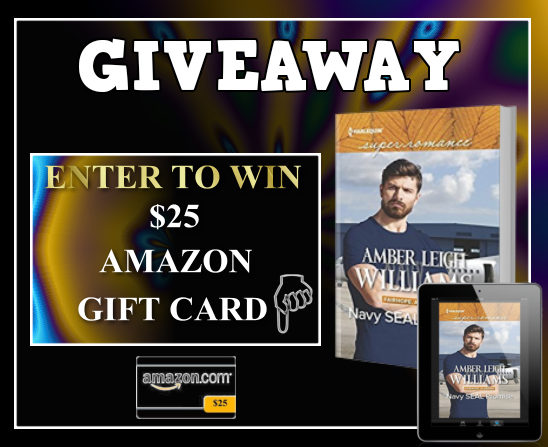 Amber Leigh Williams is giving away a $25 Amazon Gift Card! 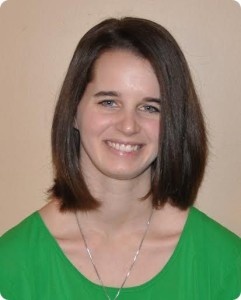 Amber Leigh Williams is a romance writer who lives on the US Gulf Coast. She lives for beach days, the smell of real books and spending time with her husband and their two young children. When she’s not keeping up with rambunctious little ones (and two large dogs), she can usually be found reading a good book or indulging her inner foodie. Amber is represented by the D4EO Literary Agency.

traveler said…
Thanks for this lovely feature and giveaway.
December 4, 2017 at 9:28 AM