In the Rearview Mirror 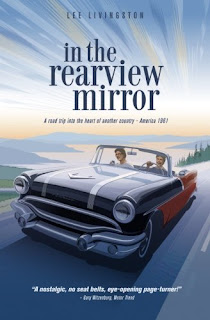 Not so long ago, two carefree 18-year-olds hitchhiked across a country of wide-open highways and wide-open people. Ride with them on this nostalgic look back at "America of the Big Heart." It was 1961, before the deaths of JFK and MLK, before Vietnam. IndieReader calls their adventure out of adolescence into the beginning of responsibility: "A must read not only for the baby boomer generation, but great commentary on friendship, mental illness and, ultimately, the road towards redemption."

Although, I was not born in the sixties, I did feel as if I had been transported back to the sixties with Mr. Livingston's writing.

Lee and Dango were kind of an odd couple in the sense that Lee was more grounded and Dango was a free spirit. Yet, they balanced each other out as best friends do. The wild journey that these two took was entertaining. Traveling to many different places and meeting interesting people. There were good times and there were bad times and everything in between. All and all, this book provided me with a good reading time. Lee and Dango were great. I want to thank them for taking me on their road trip. I plan to check out more books from this author. 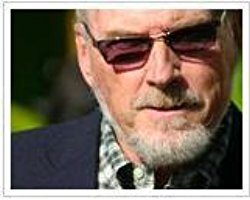 Bio: Lee Livingston was born in Los Angeles, California, spent his early childhood in New York City and most of his school years in Cleveland, Ohio. He graduated from Claremont Men's College in 1965 with a BA in Literature and completed his MFA in Theater Arts from UCLA. He was a Vice President/Creative Director at Grey Advertising in Los Angeles. From 1980 until the present, he has been running his own commercial film production company in Los Angeles. He lives in Los Angeles with his wife and two sons.
Web
Goodreads
Facebook
Amazon
Lee Livingston