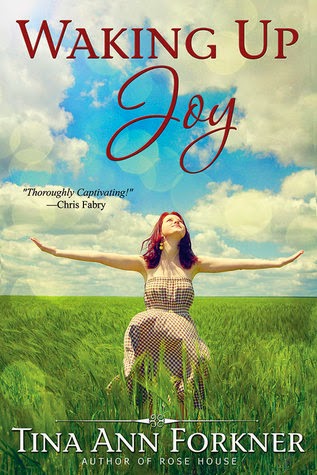 Behind every lost dream lies a second chance…
When adored town spinster Joy Talley ends up in a coma after a peculiar accident, she is surprised and incensed to hear what is being said in her hospital room, including plans for her funeral. When she finally wakes, her well-meaning, but bossy, brothers and sisters dismiss her claims, thinking her accident has knocked her off her rocker, but Joy has never felt better, and is determined to set the past right.
Now Joy must face her darkest secret and risk reopening wounds caused by an old flame who rejected her more than twenty years ago. But taking risks brings change, as well as a new, younger man into Joy’s life, making her feel like a teenager again. Suddenly Joy’s once humdrum life is anything but boring and routine and the future beckons, exhilarating and bright.

I had stepped away from reading romance or contemporary stories for a bit. Yet, this book sounded good so I took a chance. So glad I did. I not only had a pleasurable time reading this book but I also found and discovered a new author. Not going to be new to be any longer as I will be checking out more books by Mrs. Forkner.

Everyone in this story was fun and eccentric. Which made them entertaining. Although I do have to say that my favorites were Joy and Ruthie. They came from two different spectrums of the age gap but the way the story was written, it was like they had role reversals with Joy awaking and being young again ad Ruthie imparting words of wisdom through her diary and Joy's mother. Of course, then there was all of the rest of the Talleys. They were a dysfunctional family but in a good way. They came together when it really counted. The ending was a happy one.

Tina Ann Forkner writes women’s fiction. She is the author of Ruby Among Us and Rose House (Random House), as well as a forthcoming novel Waking Up Joy (Tule)
When not writing, Tina is a substitute teacher who loves sharing her appreciation of reading and writing with children and teens. She enjoys traveling, gardening, and hiking in the great outdoors, is (still) learning to knit scarves, trying to cut back on caffeine, and not much makes her happier than an extra-large mocha.

Before making her way to Wyoming, Tina grew up in small-town Oklahoma, moved for a time to England, and eventually to Sacramento where she graduated with honors in English from Sac State. She makes her home in Cheyenne with her husband, three teens, and two spoiled dogs.
Tina has a passion for libraries and served on the Laramie County Library Foundation Board of Directors in Wyoming for six years holding various offices including Foundation President. She volunteers with her church’s youth group and likes to be involved in various volunteer roles when she isn’t on a deadline.

Tina’s articles and essays have appeared in various publications, including Homecoming Magazine and around the blogosphere. She is also a poet at heart, having had poems published in small press literary journals, including the Sacramento Poetry Center’s journal, Poetry Now, under the pen name Tina Linde, and has had columns appear in the Wyoming Tribune-Eagle under the same pen name.
Tina Ann Forkner