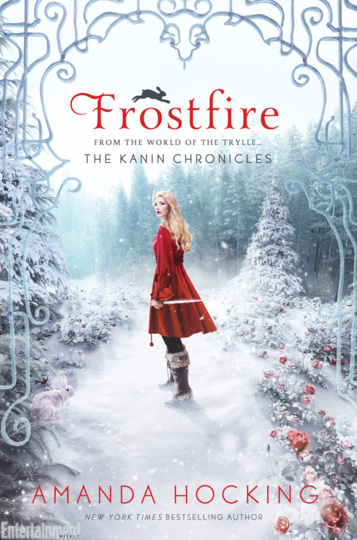 Bryn Aven is an outcast among the Kanin, the most powerful of the troll tribes.

Set apart by her heritage and her past, Bryn is a tracker who's determined to become a respected part of her world. She has just one goal: become a member of the elite King’s Guard to protect the royal family. She's not going to let anything stand in her way, not even a forbidden romance with her boss Ridley Dresden.

But all her plans for the future are put on hold when Konstantin– a fallen hero she once loved – begins kidnapping changelings. Bryn is sent in to help stop him, but will she lose her heart in the process?

I have not read the other books in the Trylle Trilogy. I was introduced to this author by reading her Watersong trilogy. Which I just fell in love with. So coming into this book I knew nothing of the world or the characters that inhibited it. Luckily because this is book one in a new spin off from the Trylle series, this book was new and you did not have to read the prior ones to get it. I did like the author's take on "Trolls". She portrayed them as mysterious, human like people and not the ones I have known from the fairy tale stories of the tall, ugly, mean creatures.

I liked the world more then I did the characters in the story. However I still did like Bryn. She is a strong female heroine. She moved to the beat of her own drum. Not sure about the romance at this point but will have to see as the story progresses. My biggest complaint was that it did not seem like there was much powers that Kanin or Trolls had. Bryn talked about powers but I did not really see anything other than Bryn is a skilled tracker and can fight. Plus, there was not a lot of action in the beginning. Most of it was in the last third of the book.
Amanda Hocking