Falling for the Stars + Giveaway 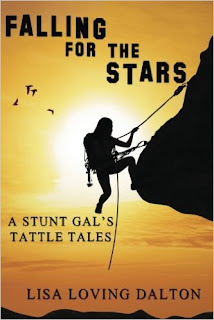 This Behind-the-Scenes Tell-All About Doubling for Celebrity Superstars Also Reveals the Compelling Life Story of an Insecure Hollywood Arrival Who Rises to the Top of Her Field, But Pays a Hefty Price.

Discover the magic and the tragic stories of many great films & TV shows through the eyes of a stuntwoman. Dalton reveals what it took to hang over cliffs, get hit by a moving car, drop from five stories up, dodge an avenue full of speeding cars--and to ignore the Universe's more gentle prompts that it was time to quit and follow her passion into acting full-time or teaching acting.
The resulting career-ending spinal injury has a story of its own, how she researched medical and alternative paths that form the heart of what she shares with the world today. "What stands out in this book is the indomitable spirit the author has, despite the extraordinary price she paid for her stellar career--including misogyny, a miscarriage, and a life-long back injury. And each juicy story she relays in her fascinating chronicle, brings home an important life lesson for the reader--one that she learned the hard way. 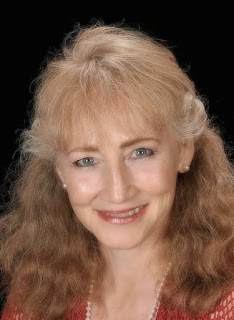 From a bullied, dyslexic, messy, freckle-faced, klutzy pixie, Lisa Loving Dalton grew into a statuesque and skillful stuntwoman, actor, director, teacher, author, filmmaker, leadership and life coach, and ceremonial minister. Always seeking and finding the silver lining, she has made the most of whatever life threw at her. She says, “I spill stuff, trip and drip all of the time so I made a career out of it. My advice: Embrace what is as perfect.”
​
Dalton appeared in more than 200 films, television shows and commercials in New York, Hollywood and Texas, including work in Ghostbusters, Money Pit, Crocodile Dundee, Married to the Mob, FX, Legal Eagles, and Splash on the big screen and ER, HBO’s Carnivale, Dr. Quinn and Melrose Place among her many TV credits.

Connect with the author:

A Stunt Gal’s Confession
By
​

It is a very curious thing to be a stuntwoman. In the larger scope of professions, it is a pretty rare and possibly crazy choice. You literally are paid to take the hurt so someone else doesn’t have to. And we are doing it for the sheer entertainment of the audiences. I guess in some ways, it is a half step up from the Gladiators. At least, no one dragged us into the profession and we are able to leave it any time we choose. But we don’t always walk away from a job or make it out alive.

So why did I choose it? A good question.  On one hand, I know that I hoped it would help me get more acting parts in movies. But, I stayed in the business long after it had actually started blocking me from acting (because I got type-cast as “just a stuntwoman”).

Why did I stay? I have to confess a couple of reasons.

I really did love meeting so many great stars. It is hard to give up the chance to hangout with Meryl Streep or Robert Redford, Robin Williams, Dustin Hoffman and Cher. Meeting Lucille Ball, Kathryn Hepburn, Sydney Poitier, Gene Wilder, Sean Connery, Michelle Pfeiffer and so many more was really awesome. I guess I was hoping some of their magic would rub off on me.

I also loved the awe in people’s eyes when they heard I jumped across an alley between six story rooftops, or crashed motorcycles on cue. Where ever I went, if I felt shy and awkward about how to connect or small talk with someone, I could just blurt out what I did for a living and the conversation would flow easily.

I was proud of the fact that I am a klutzy dyslexic who turned falling on her face into a career.

I like being a scientist who figures out what needs to happen and skillfully creates the illusion of the danger, while making it as safe as possible. Safety is always first.

I was a bit addicted to the adrenaline that pulsed through my veins with every job. I still cruise on my motorcycle and have a strong zest for life.

I was afraid to let go of the income and the identity. I was afraid of who I would be if I couldn’t impress people with what I did.

I think this last point was truly my Achilles heel. That’s why I took that job after I had quit – the one I didn’t walk away from­ – the one where the ambulance raced me to the hospital.

I found out who I am. I am just a gal who has struggled to place one foot ahead of the other on the path of life.  I am a storyteller who loves changing lives by sometimes saying what no one else will, through sharing our experiences, and bringing a laugh and a tear right when it is needed.

Thanks for spending time with me. I love to hear from readers and look forward to connecting on social media!

PS. I am still klutzy, so if you see me eating, I will be wearing a bib.