If you are looking for a delightfully, unique collection of horror and weird (in a good way) stories, than, you should check out this anthology. Each story was something that I can't recall having ever read before; despite the fact that some of my favorite stories, Lion Man, Fairy Tale, and The Box were previously published. Another story that I really liked was Ava Rune.

Although, I will say that while, I was not over the moon with all of the stories in this anthology; there was about half to a little more than half of the stories that I did enjoy. Some of the characters were like "carnies" types from a carnival. These stories might be things of nightmares but not all nightmares are bad. I do suggest you check out this collection of stories. 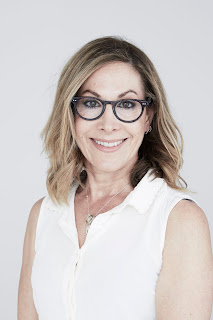 Author Bio:
J.S. Breukelaar is the author of the Aurealis-nominated novel Aletheia, and American Monster, a Wonderland Award finalist. She has published stories, poems and essays in publications such as Gamut, Black Static, Unnerving, Lightspeed, Lamplight and elsewhere. She is a columnist and regular instructor at LitReactor.com. California-born and New York raised, she currently lives in Sydney, Australia with her family. You can find her at www.thelivingsuitcase.com.

James Robert said…
Always fun to hear about another new great book. Thanks for sharing!

traveler said…
Thanks for this fascinating feature and giveaway.
February 19, 2019 at 7:31 AM

becky spencer said…
This task appears to be somewhat troublesome in light of the fact that everybody's assessment of an individual can be distinctive dependent, SEO in dubai on who they are corresponding to the individual you're expounding on and how well they know this individual. What's more, legislative issues consistently influences individuals' feelings and observations.
April 16, 2020 at 1:20 AM

Kevin Saptel said…
A genuine book is in every case better! I can't stand tablets, they cause me to wince. What number of books would they be able to try and hold? How long would you be able to utilize it until you need to purchase another one, budget web service and afterward what befalls every one of your books on your old tablet? Consider the possibility that you needed to peruse one of them again a couple of years after the fact. In the event that you spilled something on it or left it some place, ALL your books would be gone until the end of time. Tablets are likely the most exceedingly awful innovation ever. In addition, I simply love the vibe of a book in my grasp! Every book uniqueness appears to blur away when they're caught in a tablet.
April 16, 2020 at 1:37 AM