Hug Chickenpenny: The Panegyric of an Anomalous Child 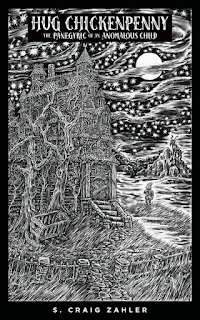 --Synopsis:
Hug Chickenpenny: The Panegyric of an Anomalous Child is a gothic, Dickensian take on the Elephant Man, as if David Lynch wrote a fable for unbalanced orphans.


Hug Chickenpenny is an anomalous child. Born from tragedy and unknown paternity, this asymmetrical and white-haired baby inspires both ire and pity at the orphanage, until the day that an elderly eccentric adopts him as a pet. The upbeat boy's spirit is challenged in his new home and as he is exposed to prejudiced members of society in various encounters. Will Hug and his astronautical dreams survive our cruel and judgmental world?

I don't know where to start. This book is pure fun. Hug Chickenpenny will delight and resonate with readers long after the last page has been read! The story just kept getting better and better the further that I got into it. So many intriguing characters. Hug may have been the leading star of the story but not without some friendly help. There is George (Georgie) the caretaker and the one that gave Hug his name as well as Abigail and her family, which was actually Hug's family as well. Well the only family that Hug truly knew.

Hug may have looked different but for those that got to know him, he was unique. In a world of regulars, you want to be unique. Every moment of this book is to be savored. There was not a moment that I felt like I was disappointed. The ending was magical. It actually left me speechless. I just sat and took it all in. A book to be treasured always and forever.
My Instagram post. 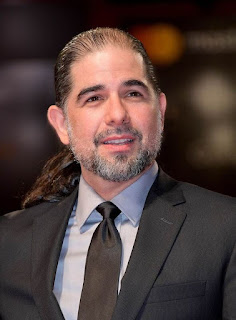 --Author Bio: S. Craig Zahler is an award-winning screenwriter, director, novelist, cinematographer, and musician. He wrote, directed, and co-composed the score for the breakout 2015 film Bone Tomahawk, starring Kurt Russell, which was nominated for two Independent Spirit Awards. Zahler most recently wrote and directed Brawl in Cell Block 99, starring Vince Vaughn, Jennifer Carpenter, and Don Johnson, which premiered at the Venice Film Festival and went on to critical acclaim from screenings at Toronto, Fantastic Fest, and many more festivals before being released in October 2017; and Mel Gibson and Vince Vaughn star in Zahler’s gritty cop thriller Dragged Across Concrete, currently in post-production.


Zahler is also the author of several novels, including A Congregation of Jackals, nominated for both the Peacemaker and the Spur Awards; Mean Business on North Ganson Street; and Wraiths of the Broken Land, which 20th Century Fox recently announced will be a major motion picture with Ridley Scott directing. In addition to writing and directing, Zahler has founded and played in several bands, including Binary Reptile, a synthesizer project that provided the music for the audio drama movie, The Narrow Caves. He lives in New York City.
S. Craig Zahler