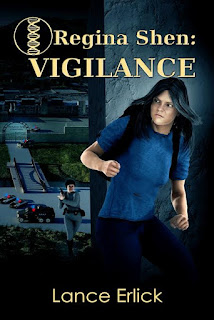 After two years of training, outcast Regina Shen prepares to jump the barrier wall into the World Federation to hunt for her sister, but nothing goes according to plan. The Federation condemns Regina and her family to live on the seaward side of barrier walls.

For two years she avoided capture. Now the Federation is desperate to exploit her unique DNA in order to prevent human extinction. She would rather die than help the people who kidnapped her sister. The Federation’s notorious Department of Antiquities, under the command of Chief Inspector Joanne Demarco, polices barrier walls, destroys knowledge from the past, and pursues Regina for her genome. Now Demarco has a ruthless rival who aims to capture Regina as a means to overthrow Demarco.

Regina has survived by her wits on swampy islands and salvage from sunken cities, including illegal print books not available in the Federation. Her photographic (eidetic) memory, access to these books, and an amazing teacher just may help her reach the university town in the Federation where they’re holding her sister. Pursued by Antiquities, Regina jumps the wall into the Federation.

While making new friends and enemies, she must use her wits to avoid letting either of two rival inspectors capture her. Can she rescue her sister from an obvious trap?

The first book, Resilience was fine. I thought it had an alright pacing and the author did a good job of introducing me to this world and Regina. Yet with this second book I am thrilled to have read it. I was able to instantly connect with all of the characters better. So far I thought that this book was better than the first. Regina is shaping out to be a strong leader. Regina's hunt for her sister, Colleen brings her even closer in this book. With Mo-Mere's experience with the Federation she was the perfect teacher for Regina. Not that I doubt that Regina would not be able to survive on her own but her cover would have been blown a lot sooner if it had not been for Mo-Mere. Mo-Mere is like Yoda with her wisdom. This is a perfect reference as this series has that nice futuristic feel to it that fans of these types of books will enjoy.

In the first book I learned about the Federation but in this book I actually got to really see what the Federation is really all about. The change in scenery was nice. Instantly I could picture all of the locations In addition, I like that there are the main staple characters so I can keep that established relationship with them while getting to meet some new ones like Ester. Although at time I was a little frustrated with Ester she came off meek. Yet as the story went on, Regina's strength did rub off on Ester. I can't wait to read the third book in this series to see if Regina will be able to take down the Federation. 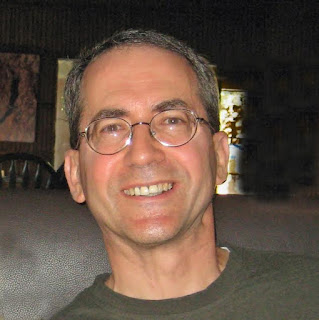