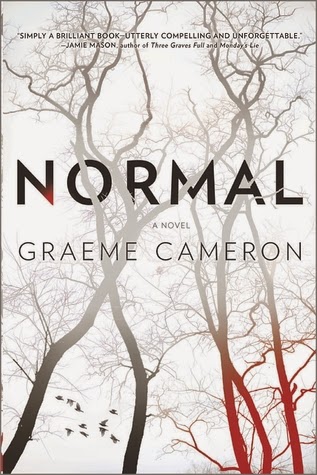 This is a love story. No, really.

He lives in your community, in a nice house with a well-tended garden. He shops in your grocery store, bumping shoulders with you as you pass him and apologizing with a smile. He drives beside you on the highway, politely waving to let you into the lane ahead of him.

What you don't know is that he has an elaborate cage built into a secret basement under his garage. And the food that he's carefully shopping for is to feed a young woman he's holding there against her will--one in a string of many, unaware of the fate that awaits her.

This is how it's been for a long time. It's normal...and it works. Perfectly.

Then he meets the checkout girl from the 24-hour grocery. And now the plan, the hunts, the room...the others. He doesn't need any of them anymore. He needs only her. One small problem--he still has someone trapped in his garage.

Discovering his humanity couldn't have come at a worse time.


Hardcover, 304 pages
Expected publication: March 31st 2015 by Mira
My Review
I love me a good serial killer story. What I really enjoyed about this one is that the killer was nameless. As the author explained with a interview in the back of the book he did this on purpose because me as the reader could let me mind run wild and imagine anyone as the killer. This thus in turn makes the killer even more scarier.  Another thing that I liked about this book is that the killer did have a conscience. Do serial killers really have a conscience? Isn't that like actually saying that Big Foot really exists!
Well in this book the killer does have a heart, only what do you do when you are falling in love and as the saying goes "Threes a crowd". Only there is a big problem as the authorities are on to you and closing in fast. I read this book in two days. If this is Mr. Cameron's debut novel I can't wait to see what his next is all about.
Graeme Cameron