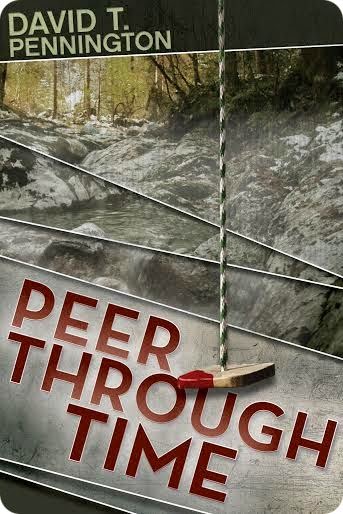 In 2079, a time travel experiment sends physicist Carmela Akronfleck further back in time than she’d intended. Though she’s still in her small northern California town, the year is 1936 and she must learn to live without the technology she’s come to rely on. Her neurological implants should be dormant, but she receives a cryptic message, periodically accompanied by an audio transmission from the future. It’s the voice of her former psychotherapist, an android named Kass, stating his innocence in a series of murders occurring in 2079.

When Carmela deciphers the code as a hit list, she’s shocked to discover her mother and sister are among the intended targets. Further evidence reveals the killer’s true identity, but the inoperative time portal prevents her from returning to save her family and vindicate Kass.

She considers another option: hunt down the killer’s ancestors and avert his existence without radically changing history. She devises a plan to protect her family, haunted by doubts that she’s becoming the kind of person she’s always loathed—one willing to take another’s life.

Peer Through Time is available at   Amazon .

Discuss this book at PUYB Virtual Book Club at   Goodreads . 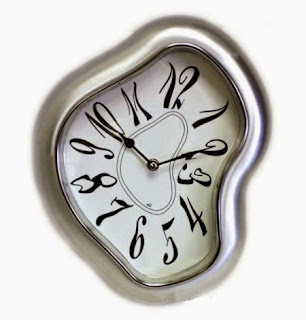 This book is Mr. Pennington's debut novel. It is a fine showing for a first book. For a time travel story it was a good one and I have not read a good one in a while. When I read the author's impressive background of computer programming and psychology with his love for futurism and theoretical physics, I was impressed but also a little worried that I was going to be reading a book that might be unbelievable with a few words that are outside of my vocabulary. All my worries were for nothing. In fact, with Mr. Pennington's knowledge and love, it helped with this book. The story was believable. This was not the issue. My issue was that although I liked the storyline, I found myself only liking the characters. I was not in love with them. Thus I was only semi-invested in what was happening to them. Particularly Carmela. Carmela was fine but there was nothing that really made her stand out. The one I found the most interesting was Kass and he was an android. He was more than just an android. As the story progressed, he evolved into more like a human. This is what made him exciting for me. At times I did wish that the action was turned up a few dials but still this was an enjoyable read. I am looking forward to seeing what Mr. Pennington comes out with next. 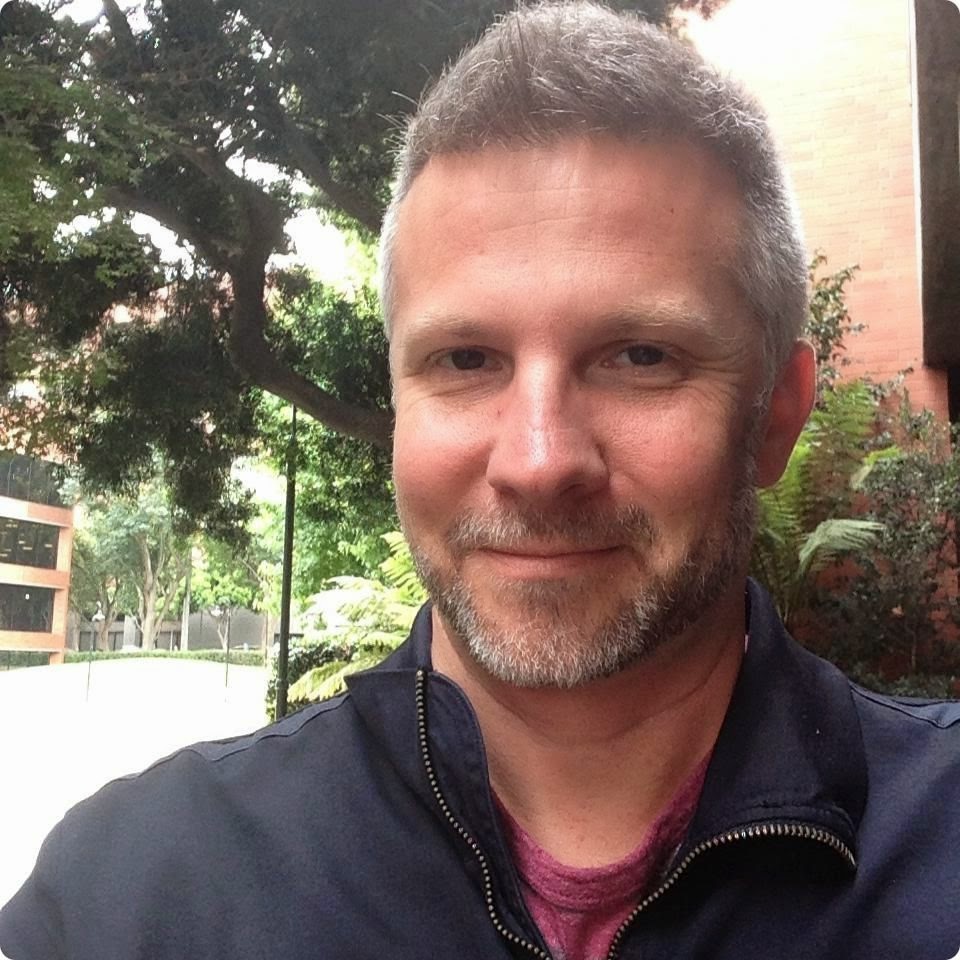 David T. Pennington grew up in a small northern California town called Paradise, but his home is in San Francisco. While his associate's degree in computer programming has helped pay the bills, his bachelor's degree in psychology has informed his writing. His love of fiction--mainly mysteries, science fiction, and thrillers--is balanced by his fascination with books on futurism, theoretical physics, and cosmology. HYPERLINK "http://www.amazon.com/dp/0990775801" Peer Through Time is his debut novel.

Find out more about David at   Goodreads . 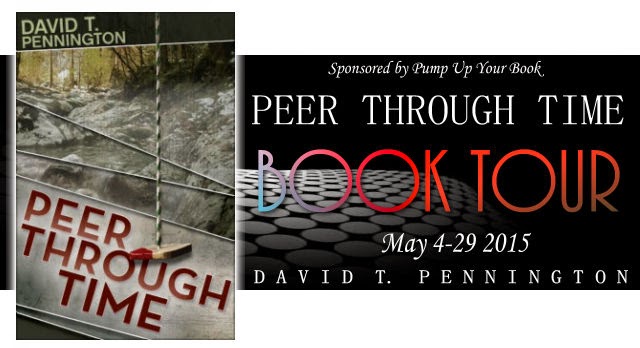 Prowling around in an empty office late at night may have been a bad idea, particularly in high heels. Sara Drake stopped and leaned against the wall to remove her shoes. She dropped the left one, its heel clattering alarmingly loud on the corridor floor. Sara froze when she sensed something ... a presence. She’d never believed in disembodied spirits, nor had she ever experienced an awareness of someone watching her—but someone, or something, was here.

"Hello?" she said, leaning slightly toward the end of the hallway. "Kass? I got a message to come here. Are you in there?"

She heard a soft, electronic click—like when the security system had granted her access into the luminous, vacant lobby of Peer Therapies. She had looked back at the darkness outside, wishing she’d asked QUINT to leave its headlights on. She could just make out the driverless vehicle’s silhouette through the fog creeping up from the canyon. The car waited for her in the soundless, somber night.

A shiver ran through Sara just before she turned her attention away from the window and toward the bright antechamber, sparsely furnished with but a few cushioned chairs and side tables. In the two times she’d been here, she’d never seen more than one other patient in this room, so there was no tangible reason for her apprehension. But the reception desk was abandoned, too. The message she’d received earlier had led her to believe someone would be here to receive her—so where were they?

"This is what happens when you try to automate everything," she muttered. "Robot psychologists. What next?" She reviewed the message with her cybernetic optical implant:

Mrs. Drake, please return to your local branch of Peer Therapies. Earlier today you left behind an important item. Our apologies for the late hour, but we must return it to you right away.

It wasn’t that late—quarter to eleven—and Sara Drake wasn’t tired. She was bored and ready to try new things, venture into the unknown. Seeking psychological counseling had been a giant step into the unknown. Her son’s recent suicide had sparked something in her: a will to delve deeper than she’d ever allowed, a will to try and understand why she’d abandoned her own flesh and blood.

Eric was a killer. A failure. A piece of garbage that should have been incinerated instead of being allowed to rot and become fetid.

That had been her perspective for the past seven decades—until Eric took his own life. After that, all the other reasons faded away and she was left staring at herself in the mirror, as if reading her own mind for the first time. What she saw said that Eric was an embarrassment. That was the sole reason she had cut him out of her life. It was all about how his actions reflected on her.

She only knew one therapist employed here, a male named Kass. No last name. Employed and male may not be appropriate terms, because Kass was a machine. Not that it was polite to call them that—synthetic humans or androids were the more acceptable terms—but in the relative privacy of their own home, she and Phil referred to Kass and his kind as robots.

Did they have homes or did they sleep here in the office? Did they even need sleep? Probably not. Kass was likely here, in his office, powered down. Sara had walked past the reception desk and into a corridor illuminated by a soft glow. Now she picked her shoe up off the floor and held both shoes in one hand.

The doorway to her therapist’s office was at the end of the corridor. She should march right up to it and announce herself. But something inside her made her hesitate. She couldn’t think of any items she was missing, and even if she’d left something here, she could retrieve it in the morning. There was no reason for her to be here an hour before midnight. Her boredom, along with her desire to momentarily escape from Phil, had brought her here.

That, and the message—and her own agenda.

One hundred ten years of life. So many things she’d forgotten—and others she’d like to forget. She’d heard rumors that such a thing might be possible—nanobots fiddling around in your brain, modifying or eradicating only certain memories—but all her connections to the scientific research community had denied anything like that was available. Her ex-husband’s company, Wakeup Technologies, hadn’t invented anything new in years, but Peer Industries had—and Sara suspected it was no coincidence that the previous therapist, the predecessor to Kass, had lost all its memories. If anyone could help her snoop around and find out more, it would be someone from Peer. Maybe her therapist, if it—if he—could be persuaded.

The physical shock coming up from the floorboards overtook her instantly. With a jolt, her knees buckled and she lost control of her entire body. She couldn’t breathe. All her muscles clenched. In the instant before death took Sara Drake in its merciful arms, it was as though her every organ, her every blood cell, had burst into flames, searing her from the inside out.
David T. Pennington