When We Found Home + Giveaway 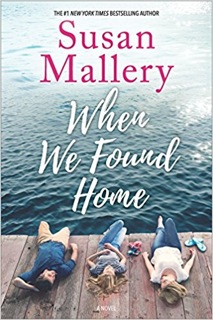 About When We Found Home
Hardcover: 432 pages
Publisher: HQN Books (July 10, 2018)
Life is meant to be savored, but that’s not easy with no family, limited prospects and a past you’d rather not talk about. Still, Callie Smith doesn’t know how to feel when she discovers she has a brother and a sister–Malcolm, who grew up with affection, wealth and privilege, and Keira, a streetwise twelve-year-old. Callie doesn’t love being alone, but at least it’s safe. Despite her trepidation, she moves into the grand family home with her siblings and grandfather on the shores of Lake Washington, hoping just maybe this will be the start of a whole new life.

But starting over can be messy. Callie and Keira fit in with each other, but not with their posh new lifestyle, leaving Malcolm feeling like the odd man out in his own home. He was clever enough to turn a sleepy Seattle mail-order food catalog into an online gourmet powerhouse, yet he can’t figure out how to help his new sisters feel secure. Becoming a family will take patience, humor, a little bit of wine and a whole lot of love. But love isn’t Malcolm’s strong suit…until a beautiful barista teaches him that an open heart, like the family table, can always make room for more.

In this emotional, funny and heartfelt story, Susan Mallery masterfully explores the definition of a modern family—blended by surprise, not by choice—and how those complicated relationships can add unexpected richness to life.


Delaney was so stunned it took her a full second before she could move. She ran after Keira who was barreling out the doors and into the busy street. Before Delaney could figure out what was happening, she saw Keira bend down and pick up something from the street, then turn back toward the safety of the sidewalk. But before she could make it, there was a hideous screech of brakes followed by a horrible thud as a Prius struck Keira, sending her into the air, then back onto the street where she lay lifeless, a tiny kitten cradled in her small hands.


The world went silent. All Delaney heard was the beating of her own heart. Everything moved in slow motion as the driver flung open the car door and ran toward the fallen girl. People emerged from everywhere to surround her. Phones were pulled out as dozens called 9-1-1.


Shock later, action now, Delaney thought, willing her limbs to move. She stumbled to Keira’s side and fell to her knees next to her. Keira’s eyes fluttered open.


“Take care of the kitten,” she murmured, passing the small animal to Delaney before groaning. “I hurt.”


“She’s a friend of mine. She, ah, goes to the private school. Keira…” Delaney swore. “I don’t know her last name. She has a brother and a grandfather.”


Her brother! Delaney had to call him. Only where was Keira’s phone?


She looked around and realized the girl’s backpack was still next to her chair in the lobby eating area. Before Delaney could figure out what to do, Luzia ran out with Delaney’s purse in one hand and Keira’s backpack in the other.


“Are you going with her to the hospital?”


Delaney hesitated for only a second before nodding. “I’m going to call her brother to meet us there.”


Delaney dug for the phone while a man yelled he would go tell someone at the school that one of their students had been injured. Delaney found the phone just as an ambulance pulled up.


As the EMTs began to work on Keira, the girl called out. “Delaney, don’t leave me.” She looked at the guy helping her. “She’s my sister and she has to come with me.”


“Sure. No problem. Now tell me where it hurts. Can you move your toes? Not your legs, just your toes. We’re going to stabilize you, then get you to the hospital.”


“I can move my toes and it hurts everywhere.” Tears seeped out of the corners of Keira’s eyes. “Delaney!”


“I’m right here. I’m calling your brother to let him know what happened.”


The tears came faster now and she started to sob. “It hurts. It hurts. Make it stop.” The sobs turned into screams.


Delaney’s own eyes burned as she pushed the button on the phone. Pick up, pick up, she thought frantically. The kitten stayed perfectly still, huddled against her chest.


“Are you Keira’s brother?”


“A friend of hers. Look, she’s been hit by a car. She’s conscious but I don’t know how badly she’s hurt. They’re taking her to the hospital. Hold on.” She turned to the EMTs who were loading Keira on a stretcher. “Which hospital?”


She repeated the information to Keira’s brother. “I’m going with her so she won’t be by herself. I have the kitten, too.”


“Kitten. What are you talking about? Who are you?”


She saw that Keira was in the ambulance. She ran toward it. “I have to go. I’ll meet you at the hospital. Hurry.” She ended the call and started to climb in the back. One of the EMTs protested, but Delaney stared him down.


He nodded and helped her inside. Delaney sat close to Keira.


She shrugged out of her sweater, folded it up and put it in her tote, then settled the kitten on top of it. “Once I know you’re taken care of, I’ll see to our little friend here. Do you trust me to do that?”


Keira nodded, even as she cried. “It hurts so much.”


The EMT in the back started an IV, then the sirens came on and they were moving. Delaney knew what was next—the hospital, where the sounds and smells would bring everything back. She mentally braced herself for the onslaught, even as she hung on to Keira’s hand. For all she knew, she was all Keira had. 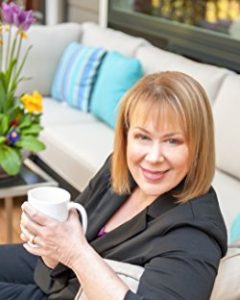 #1 NYT bestselling author Susan Mallery writes heartwarming, humorous novels about the relationships that define our lives-family, friendship, romance. She’s known for putting nuanced characters in emotional situations that surprise readers to laughter. Beloved by millions, her books have been translated into 28 languages.Susan lives in Washington with her husband, two cats, and a small poodle with delusions of grandeur. Visit her at SusanMallery.com.

Paula said…
I don’t have a single favorite, although I really enjoyed Second Chance Girl from the Happily, Inc. series (and really looking forward to the next two in this series!)
July 1, 2018 at 9:53 PM