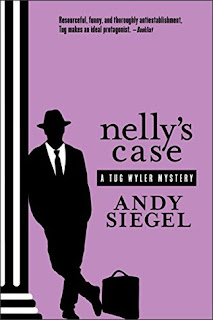 Nelly Rivera, when Tug first sees her, lies helpless in a hospital bed. Once sassy, active and ambitious, she’s now a young woman with an uncertain future and a present seemingly tied to dependency. Discovering exactly what happened to her in a dental office while under anesthesia and who was responsible, however, is just one of Tug’s goals. For he soon enough learns Nelly has recently inherited a hefty sum from her late father’s life insurance. Which definitely complicates matters. The closer Tug, committed as always to gaining justice, gets to the truth, the more elusive it becomes.

I have read many books featuring lawyers and some were good and others not so much. Tug is on the side of good. Yet, meeting him and having him on your side is a catch twenty two. When it comes to a personal injury case, you want Tug fighting for you but at the same time it means that you have found yourself really needing Tug due to some type of personal injury or liability that you have suffered. In this case it was Nelly that needed Tug. Tug will fight for justice.

However, don't think that Tug doesn't have some sense of humor. The banter that he has with fellow lawyer, Chuck aka Chucky-boy aka Charles is humorous. Charles is his real name but Tug loves to get under Charles skin by calling him every name but Charles.

Mr. Siegel has another great book under his belt. You can read this book as a stand alone but why would you when the first two prior novels are just as good. 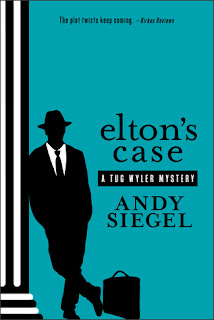 Wrongfully locked up for a crime he didn’t commit, the wheelchair-bound Elton Cribbs’s immediate situation soon goes from bad to tragic. Could it have happened that, while in custody and being transported with less than suitable care in a police van, he suffered the injuries which rendered him a paraplegic? Certainly, ever since then—for the past decade—he’s led the life of an aggrieved victim, seeking justice while rejecting pity. Retained now to litigate Elton’s case even as the clock’s ticking, Tug finds himself caught in the unlikeliest of conflicts. After all, what’s he supposed to think when the defendant, otherwise known as the City of New York, begins offering him millions to settle while at the same time maintaining its allegation that Elton’s case is a phony one?

Another good Tug book. Although, I must admit that I found myself not as engaged in the story or the characters as I was with the prior novels. Yet, it is Tug that keeps me coming back for more. With the last book, I briefly spoke of his sense of humor but that is not all. There is also his tenacity. He is like a pitbull. Once, he grabs hold, it is hard to shake him off. Thus this is the reason that he is such an excellent attorney. He fights and fights until he is victorious.

Another reader mentioned repetition. I would agree. It felt like at times the story did get bogged down with repetition. Which did not help with the fact that I was not as engaged with the characters. Despite these facts, I still found this book to be a quick read. 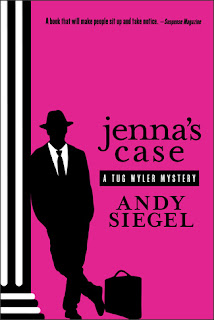 A teen-aged girl can be among the most vulnerable of human beings. And the preyed-upon young woman at the dark center of Jenna’s Case is certain to win the heart of readers. Believing Jenna Radcliff to be the victim of a Brooklyn doctor willing to put greed above his oath to do no harm, Tug takes on her case with deeply felt zeal. Yet what he quickly comes to understand is that his new client—once an obviously bright, outgoing girl (and ace neighborhood jump-roper)—is now a nearly mute shadow of her former self. As he proceeds to amass evidence against the conscienceless and defiant surgeon who’d willfully mutilated Jenna, Tug unfortunately soon discovers that the forces set against him are not only more numerous than he’d imagined but also more deadly.

This book made up for the last one. Tug was in fine form again. Jenna needed a voice and Tug helped her to find it. He gave her support that by the end of the story, she had not only found her voice but strength to live again.

What made this story so interesting was the thought that this actually could be real if it has not already happened. Just the thoughts about what Jenna was experiencing in regards to the range of emotions is horrific. All due to money. Luckily, there are people like Tug who are there to fight for justice. Tug even lost his cool a bit in this book. You really do need to pick up theses books and read them.