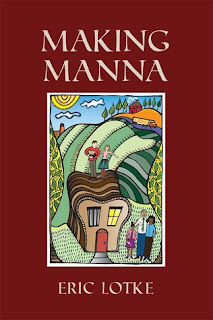 Libby Thompson is just fourteen years old when she flees her abusive home with her newborn son, Angel. Now they must build a life for themselves on hard work and low wages, dealing with police who are sometimes helpful-but not always-and a drug dealer who is full of surprises. As Angel gets older, he begins asking questions about his family, and Libby's tenuous peace threatens to crumble. Can a son without a father and a young woman without a past make something beautiful out of a lifetime of secrets? Making Manna explores the depths of betrayal, and the human capacity to love, flourish, and forgive in the face of heartbreaking odds.

To be honest, I really could not remember why I wanted to read this book after I got it. In fact, I put it aside with lackluster interest. Yet, when I picked it up I again had my mind made up instantly that I was not going to like this book at all. Wow, you really can not judge a book by its cover.

From the beginning I was drawn into the story and Libby. She is a fighter. She proves it over and over again. There was never a moment where she sat in sorrow and had people going "poor Libby". In fact, people were coming to her for advice and strength. The band of friends that Libby formed in Sheila, Monet, and Zeb was nice. Each one on their own was alright but together they were stronger. You could feel the love between them all. Then there is Libby's son, Angel. A perfect name. It was great to see him grow from a little baby to a mature young man.  The ending was a good one. This is a book worth checking out. 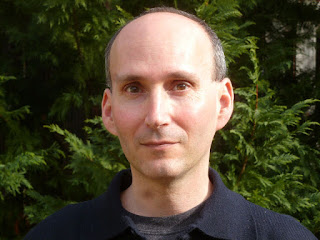 1.      Who is your favorite author? Favorite book?
I don’t really have favorites. My tastes are diverse and changing. I enjoy biographies by Doris Kearns Goodwin and political science by Jacob Hacker.
The best novel I read lately was The Master Butchers Singing Club by Louise Erdrich. It’s copyright 2002 but the setting is America post WWI and the characters are timeless. Men We Reaped by Jesmyn Ward was a highlight of 2015 and I expect it to last a while. It’s the memoir of an African American woman in low-income America. All of the men important in her life disappear over a couple of years — shot, drugged, suicide or jailed. But
somehow the police who happily patrol the neighborhood every night with searchlights can’t manage even to arrest the drunk white driver who kills her brother.
I’ve also been delighted to re-read John Green’s The Fault in Our Stars. The first time was on my daughter’s recommendation. The second time was voluntary after seeing the movie.

I just started Viral by Emily Mitchell. It’s a collection of short stories and I’ve only read a few so I don’t have an opinion yet. But it came highly recommended and the first story is terrific.
It’s about a small business where the staff are measured, marked, ranked and made miserable because they aren’t smiling enough.

Years later, I wanted to write something hopeful and uplifting. The world is a mess.
I wanted to say something nice. So I went back to that kid. I started there but gave him a different ending. I took the worst beginning I could imagine and turned it into something positive.
4.      What was your particular process in terms of outlining, plot and
character?


I had a beginning in mind, from that death penalty case. And I had an end in mind.
But I wasn’t sure how to get there.

I am opportunistic in time and space. I work full time and I have two kids. I drive them to practices, lessons and activities – and have an hour or two to write while I wait. When I was lucky, I’d have a whole half-day at home on a weekend. It mattered that I wasn’t on deadline. If I needed time to figure
something out or went a month without a free minute, that was okay. I always keep a notebook handy. My creativity is better than my memory.


10. How else did your career influence the book?
Can you tell that I once earned my living as a chef?
More importantly, my life as a parent influenced the book. It would have been a different book if I weren’t a dad.