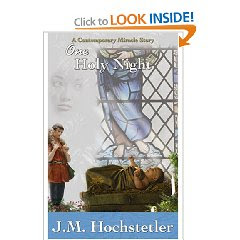 The year is 1967. Shepherdsville, Minnesota is where Frank McRae and his family lived. The war in Viet Nam is about to cause a huge rift between Frank and his son, Mike. Mike goes off to war.

Back home, Frank has a lot on his mind with worrying about his son and caring for his wife, Maggie. Maggie is fighting her own war. She has cancer. She puts her trust in God.

Mike falls in love with a Vietnamese woman named Thi Nhuong. When Mike’s father learns that he is married, he goes into a rage. As if marrying a Vietnamese was bad enough, Thi Nhuong is also a Buddhist. Frank has a big issue with Mike marrying Thi Nhuong. Frank still holds a grudge against the Japanese, from back when he fought in the south Pacific during WWII.

Frank receives an upheaval when both Maggie and Mike die. Can Frank forgive and forget when Thi Nhuong shows up at his door step…pregnant.

I really liked this book. I almost finished it in one sitting. The characters were engaging and interesting. I felt bad for Frank. His rock, Maggie had just passed way, leaving Frank to fend for himself. It is easier to hold a grudge then it is to forgive. This was the plot of the story. Through, Mike has gone to war; I got to know him through the letter he wrote. I thought One Holy Night was a good book. Would read more by this author.

Virginia C said…
Forgiveness and acceptance are key factors in the healing process. A good theme for the holidays.

I am a follower and a subscriber.

Debbie F said…
Sounds like a wonderful holiday book. Thanks for the review.

J. M. Hochstetler said…
Thank you, Virginia and Debbie! It's great to meet you here!

The Bookworm said…
this sounds like an interesting book, great review. it is easier to hold onto a grudge than it is to forgive.

sharon54220 said…
WOW!! What a great review. You definitely have me wanting to read this book.
I would love to be entered.

I am also a subscriber.

Anonymous said…
This does sound like a good book. I'll be interested to see how Frank and Thi Nhuong manage.
November 20, 2009 at 12:21 PM